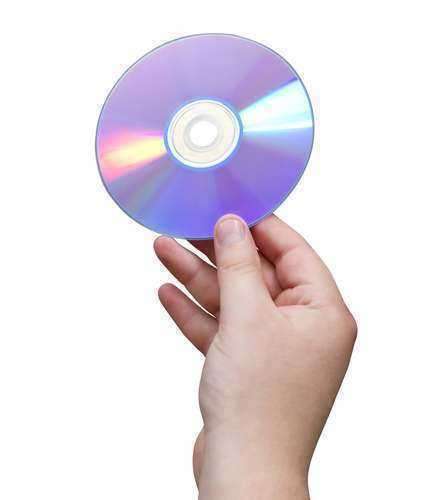 Copyright refers to the established collection of particular and exclusive rights that are granted to an author, creator, and/or owner of an original work or material. These rights affect the aspects of copying, distributing, and adapting such works, and to what extent, if any, use is actually permitted.
Copyright laws are different depending on the nation’s own legislature regarding copyrights. However, copyright laws have been granted a standardized structure for the ease of interpreting and enforcing such laws on the international level. The basis for international copyright laws, and all copyright laws in general, dates back to 1700s Britain.
The Statute of Anne of 1709 granted book publishers legal protection against infringement. The Statute of Anne is widely regarded as the first original copyright law in history. The legislation itself would prove to be the basis the United States’ own copyright laws and largely influence the statutes of other nations as well.
One of the key aspects that the Statute of Anne left as its legacy was the consideration of copyright laws in terms of property, such as the infringing of a published work was a violation in terms of defacing private property. The United States Copyright Act of 1790 was the first Federal copyright legislation instituted and took the influence of the Statute of Anne and directly applied it to its own regulations.
As history would prove, countries throughout the world, such as Britain, the United States, and France, would develop their own structure of legislation regarding copyrights and the protection of their perspective authors or owners. As the international trade of copyrighted programs would progress at the international levels, the need for an international system governing the protection of copyrights would deem to be necessary. Firstly, there was no foreseeable way to prevent the infringement of copyright laws across international borders, and secondly, many countries would simply disregard a nation’s copyright laws and not give the proper recognition of those rights and protection within their borders, including not applying their domestic policies to those foreign works.
It would not be until 1886 that an international treaty or agreement would be met in Berne, Switzerland. The Berne Convention for the Protection of Literary and Artistic Works would be born as the first formal application of international copyright law.  The Berne Convention instituted basic regulations and guidelines that were to be observed and adhered to by all those nations under the agreement, or signatories.
The Berne Convention sought to consolidate very basic international copyright law with the purpose of allowing for simplicity to be able to govern the protection of the copyrighted works and their authors. The Berne Convention would include basic statutes, such as copyright protection was inherent and naturally incurred by the nature of creation and production. No formal registration or application would be needed for those rights to be granted. By allowing this provision, copyrighted works would be recognized as such, regardless of a particular country’s own legislation. Foreign works would have to be recognized as such are those copyrighted works produced within domestic borders. This concept would later be termed as national treatment.
Another key component of the copyright provisions undertaken by the Berne Convention is the inclusion of the concept of moral rights, which emphasized the copyright protection of the authors and creators of works themselves, rather than other parties such as publishers and distributors. This inclusion gave authors the right to be identified as copyright owners, as well as giving them the opportunity to reject certain treatments of their works or materials in a way that could be deemed by them as negative to their work itself, as well as the author in terms of reputation.
The Berne Convention would also allow for certain exceptions in the international copyright law that would allow the reproduction, copying, and distribution of copyrighted work without the author’s or owner’s permission in certain situations or circumstances. This provision of the international copyright law would be left to the hands of the nations or countries accepting the Convention’s standards, but they must adhere to the basic guideline that such special circumstances of unauthorized replication be granted within the limits that such action would not alter or hinder the interests of the author and the work itself.
Though the Berne Convention acts as a template for international copyright law, there is no actual international copyright legislation in place. All international copyright proceedings and regulations are carried out, administered, and agreed to by way of treaties and agreements amongst the countries themselves. Later treaties, such as the Agreement on Trade-Related Aspects of Intellectual Property Rights, or TRIPS, would become important in providing for the progression of technology and science and how such advances were leading to copyright infringement violations as well as the piracy of copyrighted material and works.
The TRIPS agreement was reached at the General Agreement on Tariffs and Trade, which required all those countries or requesting membership to the World Trade Organization would have become signatories of the Berne Convention and adhere to its policies and regulations, with the exception on the provisions regarding moral rights. TRIPS would assert regulations regarding computer programs copyrights, as well as rental rights for those programs, including films and motion pictures. They would have to coincide with the Berne Convention’s provision of allowing a minimum term of fifty years for copyright protection beginning from the date of the author’s death, or date of creation of the work, depending on various circumstances.
As it stands in today’s world, nearly 200 countries and nations adhere to the basic international copyright laws provided by the Berne Convention. However, each individual country employs its own copyright law, as long it does not intervene or infringe on the provisions of the Convention. An example is the United States still requiring the registration of copyrights for infringement lawsuits for all works or creations produced in the country.

Make Sure You Know The Waiting Period Trademark Registration