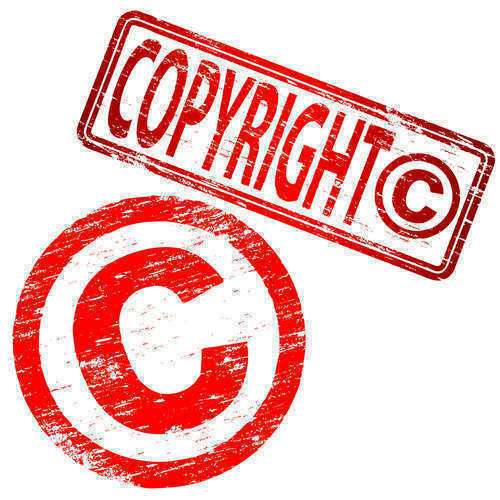 The general practices of
American copyright/patent laws share the goal of encouraging creativity and
industry by guaranteeing that the individuals originally responsible for a new
intellectual or creative expression enjoy certain rights in regard to the
benefits to be gained from their creation. The specific measures taken for
patent and copyright protection take the similar forms of forbidding other
individuals to make the same use of the creation as is enjoyed by the creator.

The practical framework created
under United States law for copyright/patent protection takes its cue from the
principle that the creator of a work is naturally and justly due such considerations
at the moment of original authorship, and copyright/patent rights are invalid
if the authorship is shown to have not been original. The distinction between
the protections granted to a patent and copyright arise from the different
functions that they are intended to serve. A common expression of
copyright/patent theory is that the former refers to the expression of an idea
and the latter to the actual idea.

The protection granted by
a patent and copyright differ slightly in the language of United States
law. Holding a copyright entitles an individual to make use of a work in such
ways as reproducing or displaying it, or issuing permission to others to do so.
Unlike a copyright, patent protection grants the holder the right to block
other people from using the creation.

The basic kinds of creativity
and innovation addressed under copyright/patent law also diverge, with new
scientific and practical concepts for accomplishing actions to be covered by a
patent and copyright protection given to original works of composition. These
compositions may take the form of designs, visual representations, musical
notations, or written or spoken language variously recorded, but will not
include the practical or mechanical means through which they are presented.

Unlike the period of time
accorded for the enjoyment of rights of a copyright, patent rights are
relatively limited in the period of time in which they last. Patents are
maintained for twenty years following the initial filing of the patent and
copyright terms are fixed for the entirety of the original copyright holder’s
lifespan. Moreover, in copyrights granted after January 1, 1978, the terms are
fixed for the succeeding seventy years beyond the author’s life for the benefit
of the heirs of the copyright holder.

Another copyright/patent
distinction is in the legal jurisdiction which they cover. Copyright laws are
established by treaty on an international basis and are enforced across the
borders of many countries, while American patent law applies specifically to
areas inside the U.S. or in the U.S.’s control.

A theoretical distinction which
underlies the different practices in effect for guarding patent and copyright
law is the degree to which they provide essential services. Patents are
understood to commonly refer to concepts or devices with broad utility for the
good of society and humankind, for which inventors have some right to be
rewarded but which should not withheld. Copyrights, by contrast, generally
refer to works of artistry of less quantifiable utility.

Uncover the Facts of Reproduction by Libraries and Archives