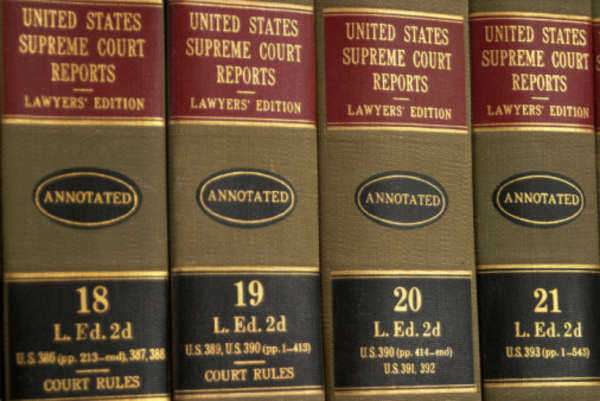 There have been many and various types of
copyright acts amended or modified to the original and first Copyright Act of the
United States, the Copyright Act of 1790. One of the main reasons for such
provisions is simply the fact that technology and science have advanced
tremendously since the first copyright law’s inception, and unfortunately, has
also offered an avenue for piracy and copyright infringement.

With the seemingly infinite amount of
information and material available on the internet, it seemed only a matter a
time until illegal activity would be found to proliferate with its use, with
copyright infringement being one of the key occurrences. Therefore, the 105th
United States Congress made a motion to implement legislation to curtail and
limit the amount of piracy and copyright infringement on the internet, which
also included other various electronic sources and technological advancements.
The Digital Millennium Copyright Act of 1998 would become the Copyright Act whose
mission was to put an end to such criminal actions.

The Digital Millennium Copyright Act would
implement into United States law two treaties as provided under the World
Intellectual Property Organization, or WIPO. These two treaties would be known
as the WIPO Copyright Treaty and the WIPO Performances and Phonograms Treaty.
Furthermore, the Digital Millennium Copyright Act, or DMCA, would also
implement its own copyright-related provisions in the new United States
legislation.

The Digital Millennium Copyright Act is divided into five subsections, each
detailing specific restrictions or regulations for copyright infringement and
anti-piracy control. The first sections essentially address the two treaties
originally drafted by the WIPO. The first issued addressed is that the United
States will comply with the WIPO treaties and their respective provisions.
Firstly, the United States must recognize the copyrighted works or materials of
foreign countries, as well as those works that have been made
available–legally or illegally–in the U.S. but not yet in their original
country of origin.

Secondly, the U.S. would recognize all
foreign copyrighted work, even though those may have not been registered with
the United States Copyright Office. This provision was important because of the
fact that the U.S. will not allow for lawsuits of copyright infringement to be
made if the work is not properly registered with the the Copyright Office once
the work is published or distributed commercially. This allowed for the owners
of copyrighted works or materials of foreign countries to bring infringement
suits, even if not registered under United States legislation.

The third and last WIPO provision adopted by
the DMCA deals with the technology, services, or electronic devices used to
circumvent measures to obtain access to copyrighted material. Employing such
measures would be considered unlawful and prosecutable under criminal law in
the United States. This provision also extended to include the use of
circumvention of technological protection measures to gain access,
regardless of whether or not copyright
infringement is committed. The action itself of bypassing control measures would be
considered illicit.

It also includes a provision for maintaining
illegal the action of copying a copyrighted work without the original copyright
owner’s consent, regardless of the measures employed to gain access to the work
itself. An exemption to this provision includes the copying of a work for
legitimate purposes. In other words, under certain circumstances, the bypassing
of technological protection measures may be allowed to make a copy of the work
for legal purposes, but not in the case of circumventing for illegal purposes
or without the consent of the copyright owner. This provision also includes the
manufacturing, production, distribution, or marketing of any device, program,
or software that is meant for the illegal bypassing of protection measures.

There are exceptions allowed by the Digital
Millennium Copyright Act for the use of bypassing technology measures, as well
their respective devices or software. These exemptions include:

The exceptions are made with the condition that these institutions may
circumvent protection measures only to review a certain work for inclusion for
legal use at a later time, with the intentions of legal acquisition.

The exemption is made for the
bypassing of technological measures for the purpose of research and scientific
study by an authorized individual for the analysis of computer programs and
their possible compatibility with other existing programs, as long as such
action coincides under other copyright acts and laws.

In order to verify and account
for possible flaws in the actual technological means implemented to prevent
illegal access to copyrighted material and other encryption technology, as
approved by law.

The circumvention is allowed when
such technology may collect personal information of a user regarding online
activities without the user’s permission.

The second section of the Digital Millennium Copyright Act refers to an
internet service provider’s plausible liability for copyright infringement or
piracy committed by its users. It states that ISPs are responsible for the actions
of their user’s and cannot be held liable, as long as certain implementations
are applied by the ISP. This includes informing their users by instituting a
policy which makes it clear that copyright infringement is illegal and that
using their service for such purposes will lead to the cancellation of the
service, as well as applicable punishment by law.

A copyright holder may seek to subpoena an
ISP in order to provide information regarding particular users responsible or guilty of copyright infringement.
Furthermore, ISPs must also be considered as enacting one of the following as
part of their service to not be considered liable:

Storage
of information on networks or systems

The third section simply states that individuals may make copies of copyrighted
material or programs on computers for the purpose of repair or maintenance.
Once the repairs are done, such copies must be destroyed immediately. Such
computer programs must have been lawfully installed in the computer as a condition of this provision.

The fourth section deals with miscellaneous
provisions as the use of ephemeral copies for broadcast purposes, such as
making a copy of music onto a hard drive for convenience
and programming purposes. Other examples include distance education, library
copies of phonorecords, webcasting issues, and motion picture agreements
between producers and compensation of actors, writers, and/or directors. The
fifth provision deals with the use and protection of original designs as
“useful articles” and refers to hulls of vessels no longer than 200
feet.