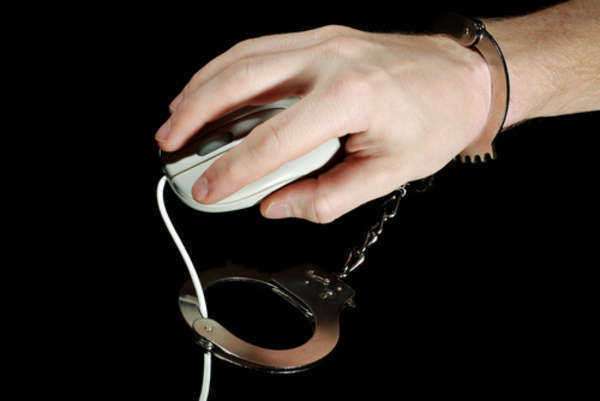 What is P2P File Sharing?
The abbreviation P2P stands for peer-to-peer. Peer-to-peer is a term used to describe the function of one computer downloading or uploading files to another computer. Instead of connecting to normal Internet sites, the computers connect to each other over the Internet. The unique nature of this connection allows for fast downloads of large files. Users select certain files that they wish to make available to be shared with other users. Two users that have the same software, such as Napster in the early years of file sharing or a software program called Limewire, can trade content. There are various other P2P file sharing software programs that continue to appear.
Files such as songs or entire albums, full length movies, and computer software can be transferred from one computer to another. Much of the content transferred is copyrighted material. P2P software can be used to illegally obtain copyrighted material so the user will not have to pay for it as they normally should. This leads to copyright infringement on a wide scale.
P2P Software
There are some gray areas involved with P2P file sharing. P2P software alone is not illegal. There are legal functions that take place with P2P software. If a document travels from one computer to another and it belongs to the person uploading it, nothing illegal has occurred. There are also P2P networks that have the same copyrighted material available as the illegal software with the only difference is that the legal networks cost money so the owners of copyrights are compensated.
Taking Action
Record and movie companies have begun to target individual users of P2P networks. They have not been successful in shutting down the P2P software producers because there are so many of them and new ones will just appear in their place if they are removed. The threat of losing hundreds of thousands of dollars to a record company has many P2P users intimidated.
Normal people who use P2P software just like everyone else have recently been sued for damages that they cannot afford to pay. Companies hope that the threat of lawsuit will help stop the distribution of illegal P2P file sharing. Until all users stop transferring copyrighted data, the record and movie industries as well as software producers are thought to be losing out on millions in lost revenue as a result of illegal copyright distribution.

What you must know about the Copyright Symbol